Bioplastics are often touted as being eco-friendly, but do they live up to the hype?

The world has produced over nine billion tons of plastic since the 1950s. 165 million tons of it have trashed our ocean, with almost 9 million more tons entering the oceans each year. Since only about 9 percent of plastic gets recycled, much of the rest pollutes the environment or sits in landfills, where it can take up to 500 years to decompose while leaching toxic chemicals into the ground.

Traditional plastic is made from petroleum-based raw materials. Some say bioplastics—made from 20 percent or more of renewable materials—could be the solution to plastic pollution. The often-cited advantages of bioplastic are reduced use of fossil fuel resources, a smaller carbon footprint, and faster decomposition. Bioplastic is also less toxic and does not contain bisphenol A (BPA), a hormone disrupter that is often found in traditional plastics.

How Biodegradable are Bioplastics?

Since there is often confusion when talking about bioplastics, let’s clarify some terms first.

Degradable – All plastic is degradable, even traditional plastic, but just because it can be broken down into tiny fragments or powder does not mean the materials will ever return to nature. Some additives to traditional plastics make them degrade more quickly. Photodegradable plastic breaks down more readily in sunlight. Lo and behold!! Here comes oxo-degradable plastic. These disintegrate more quickly when exposed to heat and light. However, European Union has banned these kind of plastics.

Biodegradable – Biodegradable plastic can be broken down completely into water, carbon dioxide and compost by microorganisms under the right conditions (like soil with some bacteria, industrial composting sites or compost bins). “Biodegradable” implies that the decomposition happens in weeks to months. Bioplastics that don’t biodegrade that quickly are called “durable,” and some bioplastics made from biomass that cannot easily be broken down by microorganisms are considered non-biodegradable, like bio-based LDPE or bio-based Polypropylene.

Compostable – Compostable plastic will biodegrade in a compost site. Microorganisms break it down into carbon dioxide, water, inorganic compounds and biomass at the same rate as other organic materials in the compost pile, leaving no toxic residue.

Bioplastics are currently used in disposable items like packaging, containers, straws, bags and bottles, and in non-disposable carpet, plastic piping, phone casings, 3D printing, car insulation and medical implants. The global bioplastic market is projected to grow from $17 billion this year to almost $44 billion in 2022.

There are two popular bioplastics made from agricultural wastes like corn and sugarcane:

PHA (polyhydroxyalkanoate) is made by microorganisms, sometimes genetically engineered, that produce plastic from organic materials. The microbes are deprived of nutrients like nitrogen, oxygen and phosphorus, but given high levels of carbon. They produce PHA as carbon reserves, which they store in granules until they have more of the other nutrients they need to grow and reproduce. Companies can then harvest the microbe-made PHA, which has a chemical structure similar to that of traditional plastics. Because it is biodegradable and will not harm living tissue, PHA is often used for medical applications such as sutures, slings, bone plates and skin substitutes; it is also used for single-use food packaging.

Innovations around the world

Around the world, several companies like Danimer Scientific, Kaneka Biopolymers and Total Corbion are constantly researching and producing various grades of bioplastics. And then there are those developing innovative ways to replace plastic altogether. Japanese design company AMAM is producing packaging materials made from the agar in red marine algae. The U.S. Department of Agriculture is developing a biodegradable and edible film from the milk protein casein to wrap food in; it is 500 times better at keeping food fresh than traditional plastic film. And New York-based Ecovative is using mycelium, the vegetative branching part of a fungus, to make Mushroom Materials, for biodegradable packaging material, tiles, planters and more.

Here in Eco Via ltd., a Bangladesh based startup, we produce cellulose based bioplastic from cotton based apparel industry wastage. Our team continuously strives to bring out new innovations in packaging, so that the right product is made for the right customers, along with caring for the nature, The flagship product, EcoWrapsTM, is the first of it’s kind packaging film that can degrade in soil within 147 days, with no toxic remains. The films have all functional qualities of a conventional plastic film.

Right now, it’s hard to claim that bioplastics are more environmentally friendly than traditional plastics when all aspects of their life cycle are considered: land use, pesticides and herbicides, energy consumption, water use, greenhouse gas and methane emissions, biodegradability, recyclability and more. But as researchers around the world work to develop greener varieties and more efficient production processes, bioplastics do hold promise to help lessen plastic pollution and reduce our carbon footprint. 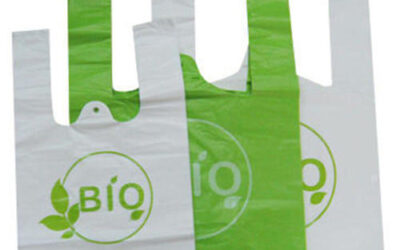 Benefits of Biodegradable Packaging for Businesses

Consumers want companies to reflect their values. They’re far more likely to purchase from a business with an identity, whether it manifests in charitable efforts or eco-friendly practices. As a greater number of people show interest in green living,... 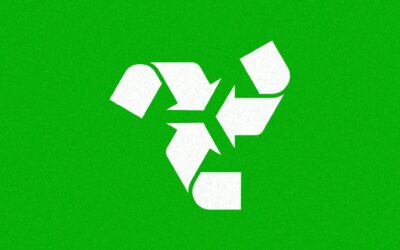 The Importance of Plastic Recycling

Once discarded, plastic materials can take centuries to break down. They clog up landfills and overburden waste-processing facilities. By turning bottles, packaging and other plastic refuse into new goods, recycling helps the environment and creates new economic... 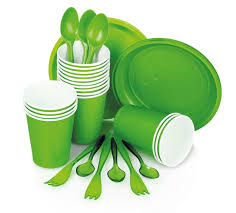 What are Biodegradable Plastics?

Plastics are everywhere and are used in almost all areas in the modern-day including in the making of cutleries, packaging and wrapping items, bottles, food containers, clothes, wearables, vehicle parts, electronics, pens, and furniture among many other...